Get your business up and running with powerful dedicated servers from BlueServers. With various options of preinstalled OS and custom-made servers, you will be sure that your website or project will run smoothly. 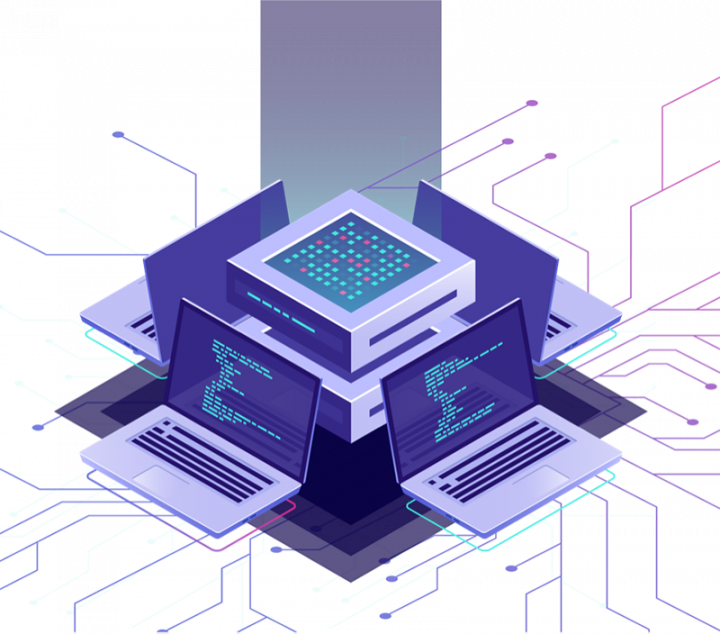 When do you need a Dedicated Server with Ubuntu?

Dedicated server is an independent computer in the data center that is being allocated exclusively to you. This means that RAM, CPU, Storage and traffic are only for you to use and cannot be shared with anybody unless you specifically allow so.

Ubuntu is an open-source OS developed by Canonical.  What makes it so great you might ask?

Ubuntu's success is mainly due to its ease of use. Unlike other Linux distributions, Ubuntu offers a very visual graphical environment, known as GNOME, which can be configured and customized very easily. In addition, it is also very fast, efficient, and secure, and includes dozens of commonly used tools.

Another key point of Ubuntu's popularity is that, despite being an operating system based on free software, it also includes some proprietary software components. This is something that has cost it some criticism from more purist Linux users. However, thanks to this, it is possible to obtain great compatibility and performance on most current devices.

Although no system is virus-free, we can say that Ubuntu is undoubtedly one of the safest operating systems on the market. It is not even necessary to install an antivirus since most malware has no effect on this system. The Linux kernel is really powerful and has a high level of protection.

Another of Ubuntu's strong points is its constant updating, since every 6 months a new version is released with many improvements to the system. Currently, Ubuntu 20.04 is the stable version, and approximately in July 2022 Ubuntu 21.10 will be released. In addition to these major updates, small daily security updates and bug fixes are also added.

Finally, we must not forget its main feature: it is totally free. That is to say, you do not have to pay any license to use it as in Windows, nor do you have to incur any illegality. In addition, Ubuntu has a large community with which we can share resources and to which we can go if we have questions or doubts.

Why you should rent Ubuntu dedicated server from BlueServers

When you are looking for unlimited possibilities with dedicated servers you might search the net through and through. You can stop your searches as you have come to the right place. What usually does a business need when looking for a dedicated server?

We offer a wide choice of hardware from leading manufacturers like Dell, HP, SuperMicro, Samsung, and Toshiba. Should you need your storage to be set in RAID or you want to have your platform be double CPU, we can satisfy even the most demanding customers.

This is very important as every business eventually scales and grows. We connect our server to a 1Gbit or 10Gbit port on demand and by default. It doesn’t mean that you need to order 1 Gbit of Bandwidth but it means that you can easily expand from 200mbit to Gbit in a matter of seconds.

For most businesses, online one location can be enough but for others striving to expand more we offer our services in Estonia, Sweden, Hong Kong, Netherlands and Cyprus

Be sure to contact our team via LiveChat and order your first server today! We are working 24/7/365 and are happy to help.