Enjoy the best technical support, high uptime, and stable work of your server by ordering a Debian Dedicated server today. We are keen to bring you the best experience on the market and ensure that we can become your trusted hosting partner. 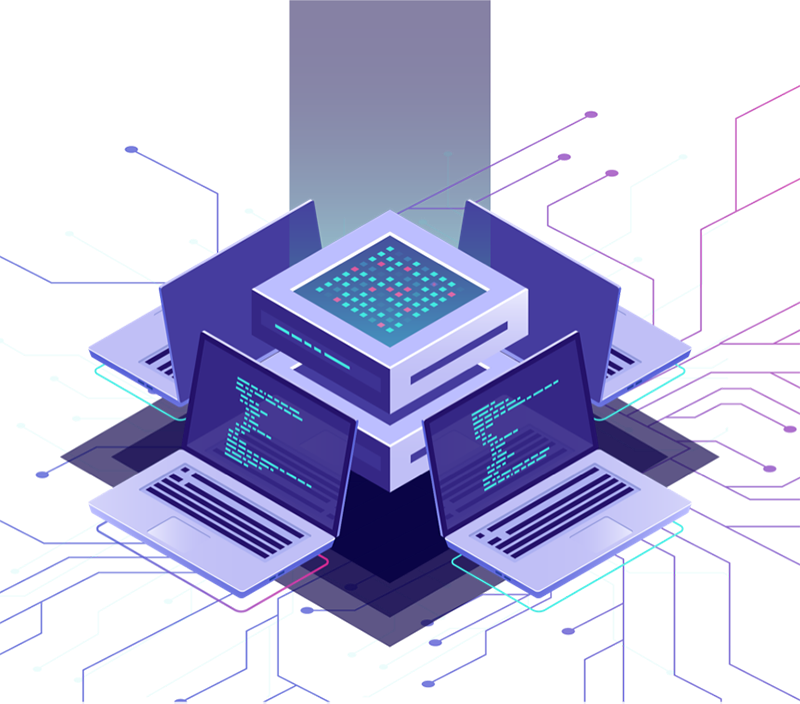 Root Access
Dedicated servers provide you with full access to your resources without any limitations except hardware ones. You are an independent unit in the data center.

Storage options
We offer servers with different storage options such as HDD, SSD, or NVMe, including various RAID arrays on demand.

What Are the Advantages of Debian Dedicated Server?

Debian is an OS developed by Canonical. While Ubuntu is basically a fork of Debian with new features, Debian still remains its predecessor.

Debian is an open source OS which means that there are no obligations or commercial considerations for any company or establishment that in any way attempts to influence the development of the project or have a say in the operation of the project.

The idea in Debian is that everyone is equal (both users and developers) while encouraging meritocracy. This is done by giving more responsibility to people who are tested both in philosophical understanding and fundamentals of what Debian is and in technical skills.

The idea and the implementation of it in the context of Debian become even more incredible when you discover that it has been 20 years since the Debian project started. Debian is still as strong as ever, even with all kinds of "commercial" distributions around it.

The Debian software archive is one of its main advantages over other OSes on the market. The archive has a range of over 50k applications for a single architecture and Debian serves 17 odd hardware architectures (both officially and unofficially), which might be beneficial for the enthusiasts.

To install the whole distribution would require more than 100 GB if all applications are to be installed. This is only for packages, not for sources, nor for the space needed for the database(s) to place user data. But most of the time it can be rather compact if needed.

The greatest luxury is that Debian is inherently a mix of rolling release distribution with a change/spin at the end. While most distributions have a time-based release cadence, Debian follows a freeze cadence and not an actual release cadence, although some estimates can be made.

Why you should rent Debian dedicated server from BlueServers

Remember that when buying a server you can get quite a lot of benefits with it including.

Make sure to contact our team via Livechat and order your first server today!